We are back with our 5 things Friday 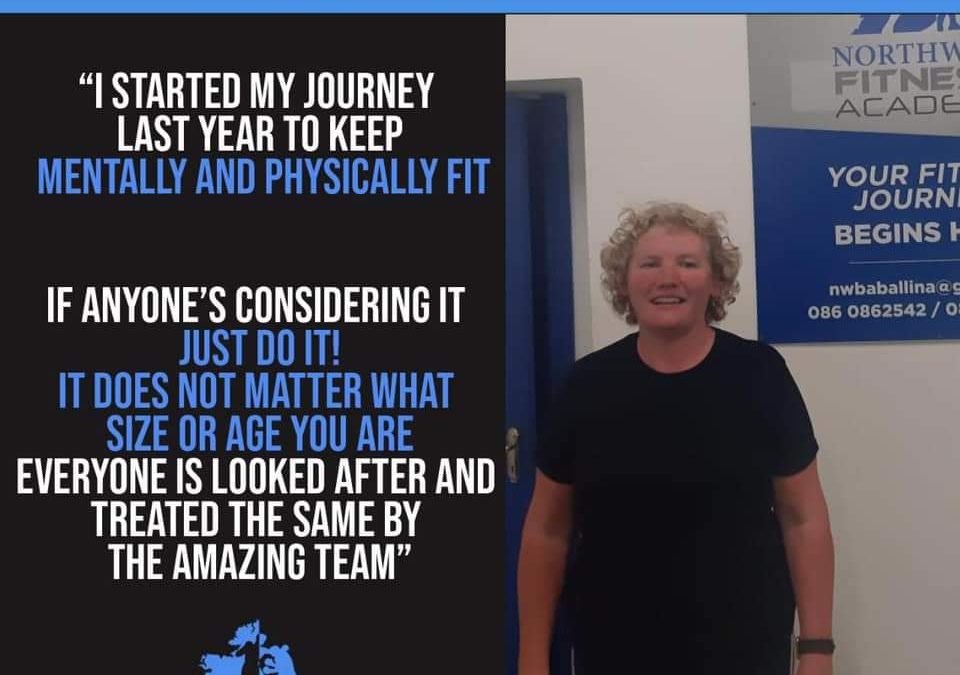 Today we have Collette Barrett who has been with us for  a year and hasn’t stopped since
She welcomes everyone that comes threw our door with a smile here is her story
1.Why did you start your journey with North West?
I started my journey  last year to keep mentally and physically fit .
2.Why do you keep coming back?
I feel fitter and look better in my jeans than I did 1 year ago.
3.What has your highlight been so far?
The lovely day we had out walking near Crossmolina
4. What is your Favourite and least exercise?
I hate burpees don’t have a favourite but I like Spinning
5..What would you say to anyone thats thinking about starting there fitness journey?
Just do it it does not matter what size or Age you are everyone is looked after and treated the same by the lovely team